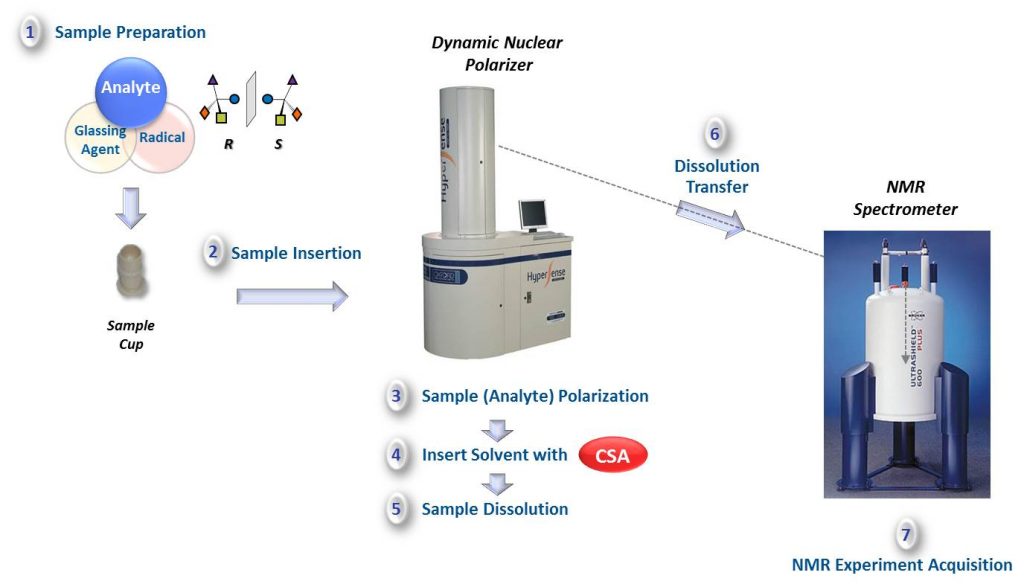 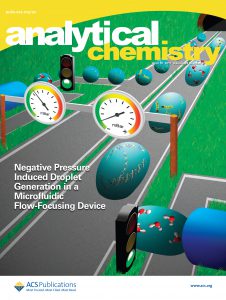 The synthesis of two novel BDPA-like radicals, a benzyl amino (BAm-BDPA, 7) and a cyano (CN-BDPA, 5) derivative, is reported and their behaviour as polarizing agents for fast dissolution Dynamic Nuclear Polarization (DNP) is evaluated. END_OF_DOCUMENT_TOKEN_TO_BE_REPLACED

The synthesis, structural characterization and the successful application of a carbon centered radical derived from 1,3-bisdiphenylene-2-phenylallyl (BDPA), its benzyl alcohol derivative (BA-BDPA), as a polarizing agent for Dynamic Nuclear Polarization (DNP) are described. END_OF_DOCUMENT_TOKEN_TO_BE_REPLACED

Intracranial hypertension is a severe complication of acute liver failure (ALF) secondary to brain edema. The pathogenesis of cerebral edema in ALF is not clear, but seems to be related to energy metabolism in which lactate may have an important role. The aim of this study was to follow the synthesis of brain lactate using a novel in vivo metabolic technology in a rat model of ALF. END_OF_DOCUMENT_TOKEN_TO_BE_REPLACED

Next week several SeRMN members will present our research work at the Joint Annual meeting ISMRM-ESMRMB 2014 that will take place in Milan (Italy) from 10th to 16th May. Find below a summary of our contributions.

END_OF_DOCUMENT_TOKEN_TO_BE_REPLACED

Find below an abstract of SeRMN contribution at 4th International DNP Symposium that will be held August 28-31, 2013, in Copenhagen (Denmak).

The determination of enantiomeric purity of drugs and/or endogenous molecules is crucial since its chirality could determine its pharmacological or biological behavior [1]. Many analytical techniques are available to determine the enantiomeric excess (ee) such as, circular dichroism, capillary electrophoresis, chromatographic techniques with chiral stationary phases, etc.; having each of them drawbacks and advantages [2]. Nuclear magnetic resonance (NMR) using a chiral solvating agent (CSA) as chiral auxiliary is an easy, fast and very powerful analytical tool that allows the measurement of ee by simple signal integration [3]. END_OF_DOCUMENT_TOKEN_TO_BE_REPLACED

END_OF_DOCUMENT_TOKEN_TO_BE_REPLACED

Our NMR facility (SeRMN) has recently installed a HyperSense® (Oxford Instruments), a new instrument capable of delivering a huge sensitivity enhancement for your in-vitro and in-vivo applications allowing an easy and quick switching between both applications.

Liquid-state NMR spectroscopy is an important technique into a wide range of applications. However, it is limited by an intrinsically lack of sensitivity due to the low gyromagnetic ratio and natural abundance of the nuclei usually under study (13C, 15N, etc.) as compared with other analytical methods. END_OF_DOCUMENT_TOKEN_TO_BE_REPLACED