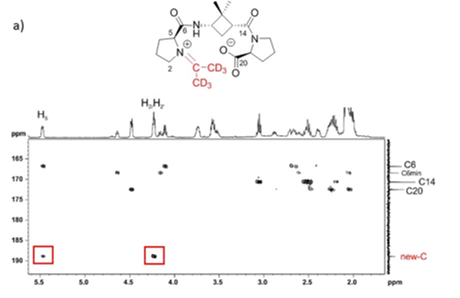 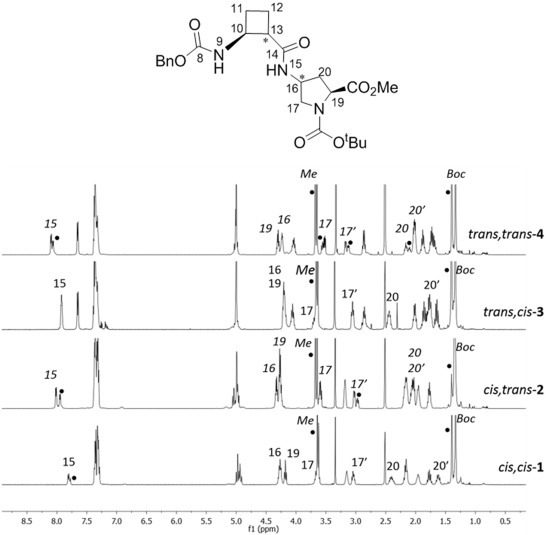 
Some hybrid tetrapeptides consisting of (1R,2S)-2-aminocyclobutane-1-carboxylic acid and glycine, β-alanine, or γ-aminobutyric acid (GABA) joined in alternation, compounds 1–3, respectively, have been investigated to gain information on the non-covalent interactions responsible for their self-assembly to form ordered aggregates, as well as on parameters such as their morphology and size. All three peptides formed nice gels in many organic solvents and significant difference in their behaviour was not observed. END_OF_DOCUMENT_TOKEN_TO_BE_REPLACED

A rapid and high-yielding cysteine labelling of peptides has been observed with the specific labelling agent for amines, N-succinimidyl 4-[18F]fluorobenzoate ([18F]SFB). Interestingly, NMR demonstrates that conjugation of the 4-fluorobenzoyl (FB) moiety is selectively achieved through a cysteine (Cys) thiol of the peptides with high yield (>80%) in short time (<5 min), while for a Cys amino acid derivative, a slow process has been observed. END_OF_DOCUMENT_TOKEN_TO_BE_REPLACED

Three series of new γ-peptides have been synthesized by starting from conveniently protected cis-3-amino-2,2-dimethylcyclobutane-1-carboxylic acid derivatives. The first series is constructed with only one enantiomer of this γ-amino acid, whereas in the second one both enantiomeric cyclobutane residues are joined in alternating fashion. END_OF_DOCUMENT_TOKEN_TO_BE_REPLACED

Chirality of the monomeric residues controls and determines the prevalent folding of small oligopeptides (from di- to tetramers) composed of the 2-aminocyclobutane-1-carboxylic acid (ACBA) derivatives with the same or different absolute and relative configuration. The cis-form of the monomeric ACBA gives rise to two conformers, namely Z6 and Z8, while the trans-form manifests uniquely as an H8 structure.  END_OF_DOCUMENT_TOKEN_TO_BE_REPLACED

Recent advances in nanotechnology have offered new opportunities for detection, prevention, and treatment of different diseases. In this respect engineered superparamagnetic iron oxide nanoparticles (SPIONs) represent an advanced tool in nanomedicine because they can be loaded in a multiple and orthogonal way with drugs and probes in order to simultaneously act as molecular imaging agents and drug carriers. END_OF_DOCUMENT_TOKEN_TO_BE_REPLACED

Fast cysteine labelling of peptides promoted by an adjacent arginine has been observed with a standard labelling agent specific for amines, N-succinimidyl 4-[18F]fluorobenzoate. HMBC experiment was the key experiment to corroborate this treat. The small amounts of some peptides herein studied required the sensitivty beneffits of a 500 MHz equipped with TCI cryprobe. 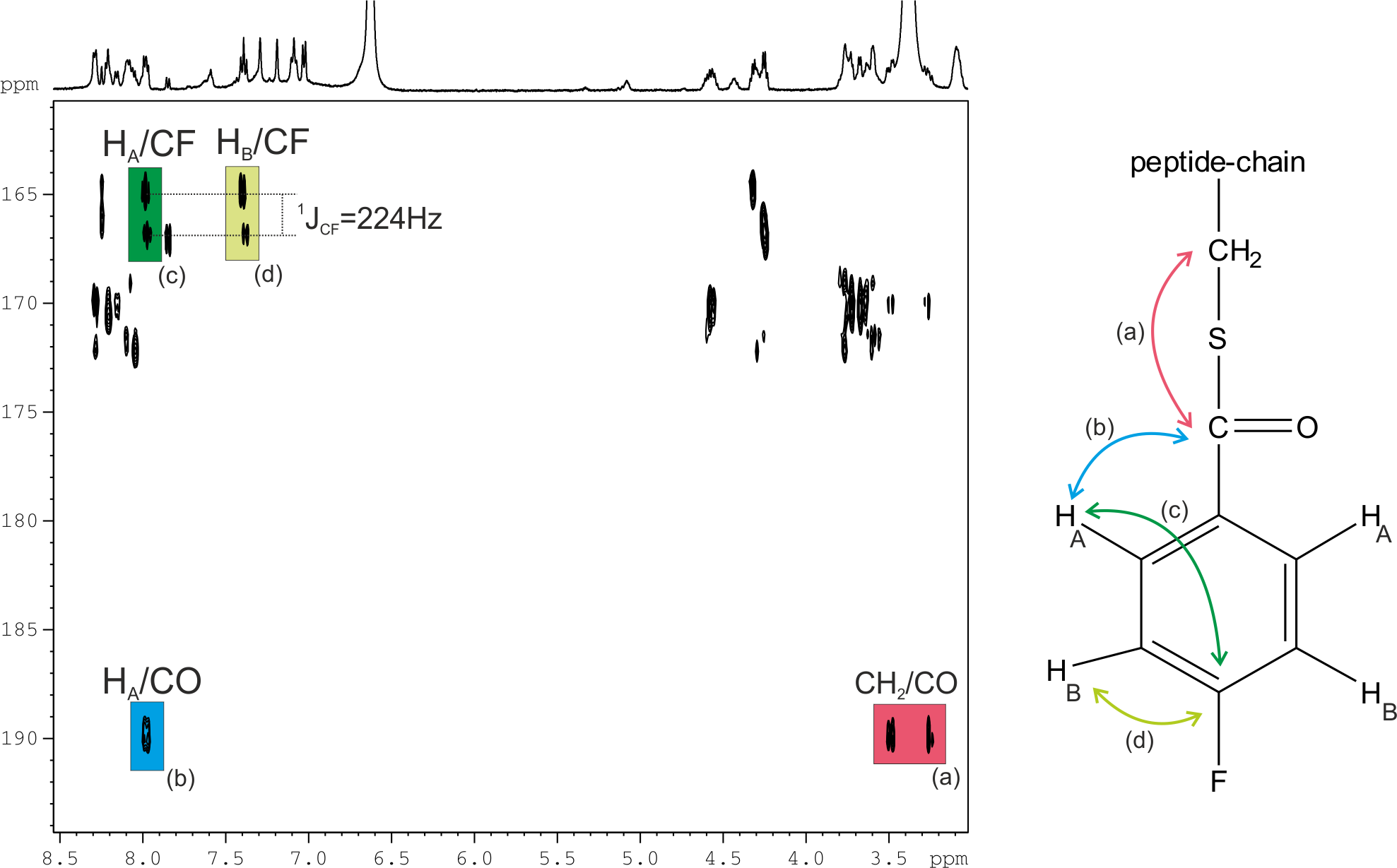 Several oligomers constructed with (1R,2S)-2-aminocyclobutane-1-carboxylic acid and glycine, beta-alanine, and gamma-amino butyric acid (GABA), respectively, joined in alternation have been synthesized and studied by means of NMR and CD experiments as well as with computational calculations. END_OF_DOCUMENT_TOKEN_TO_BE_REPLACED

Two diastereomeric series of hybrid γ,γ-peptides derived from conveniently protected derivatives of (1R,2S)- and (1S,2R)-3-amino-2,2-dimethylcyclobutane-1-carboxylic acid and cis-4-amino-l-proline joined in alternation have efficiently been prepared through convergent synthesis. END_OF_DOCUMENT_TOKEN_TO_BE_REPLACED